Dealing with a break-up: 5 steps to getting back on your feet 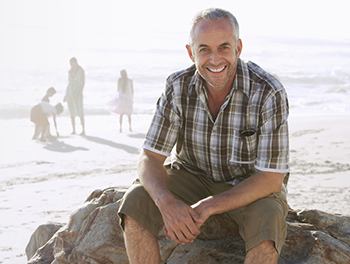 The term ‘uncoupling’ may be in vogue at the moment, but the pain of breakups has been depicted in poetry, literature and film for centuries.

Our favourite frumpy friend, Bridget Jones, certainly brought us scarily close to the soul-eating depression of a broken heart.

But it’s not all icecream clichés and Colin Firth films, a broken heart can kill you – literally. A recent study has found that following the loss or separation of a partner you are 66% more likely to drop off the proverbial perch.

So if you’re enduring the post-breakup-blues, it only makes sense to listen up, knuckle down and start moving on.

Dealing with a break-up: 5 steps to moving on

After a breakup it’s normal – and healthy – to go through a phase of grieving. Like any loss, the breakdown of a relationship means a big change in lifestyle, so before accepting your new state of affairs you need to give yourself time to reflect and say goodbye to that stage of your life. It’s awful to do, but one day you’ll look back and realise it was for the best.

2. Just been dumped? Re-frame your thoughts.

READ MORE: What are the cornerstones to a healthy relationship? Read here!

When the gap in your life is being filled by constant memories of your ex partner, it’s often very tempting to pack up your things and fly to Anywhere-That’s-Not-Here. While a getaway is a great way to kick-start the new stage in your life, dealing with a breakup is best handled by spending the first few weeks at home. You need to acknowledge the changes in your life rather than creating new, novel, ones in a faraway land. The sooner you accept the truth, the sooner you can move on.

READ MORE: Looking for love – what makes you attractive?

It’s for good reason the post-breakup haircut is so popular. Embracing something new creates a divide between the past and present you, and shows yourself and others that you’re making steps to move forward. If you’re not into a hairdo change, consider painting your walls a different colour or buying a new doona set – these changes will remind you that you’ve entered into a new phase of life.

5. Take action. Become your best self.

Following a breakup people often feel like their lives are out of their control, so take action and do something which puts your life back in your hands. Join a sailing club, learn a new language, start cooking classes – by following your passions and hobbies you’re likely to become the better, more interesting version of your former self. Soon you’ll start to see that life without your ex partner presents a myriad of potentials and possibilities. And if you’re an older single, remember that it’s never too late to get back into the dating game.

Dealing with a breakup can be completely awful… but if it doesn’t kill you it will only make you stronger.

If you feel you’re ready to meet someone new, register with EliteSingles and start connecting with interesting, vibrant singles near you. Join today!

EliteSingles » EliteSingles Magazine » From Single to Couple » Dealing with a break-up: 5 steps to getting back on your feet