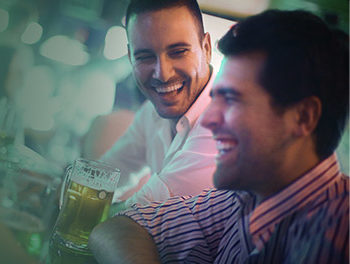 Apologies in advance to any staunch Sydneysiders reading this. However, EliteSingles’ Magazine has come to the conclusion that Melbourne may just take the crown for having Australia’s best gay scene. Feathers suitably ruffled, we decided to put together a lovely list of the best gay bars Melbourne has to offer in homage to the Victorian capital. Whether you’re after a casual beer or some serious party vibes, we’ve got your back.

At EliteSingles we’re extremely proud of the fact that we’ve helped foster one of Australia’s most exciting gay dating communities. Over the years, thousands of men seeking men have found love through our dating site. This is something that makes us very happy. Because Australia’s gay scene is fast-paced and forward-thinking, we’re constantly on the lookout for goings-on, making sure we’re always on the pulse.

Nowhere embodies this dynamism than Melbourne. As far as gay scenes go, it arguably has one of the most diverse communities, not only in Australia but in the world too. From the hustle and bustle of Commercial Road to Collingwood’s artsy buzz, there’s a slice of something for everyone. This is especially true when it comes to nightlife. Because we’re as partial to a good drink as the next chap, we decided to chart 9 of our fave gay bars in Melbourne.

Got nobody to go to the bar with or don’t fancy taking your chances solo? Read our comprehensive guide to the best gay and lesbian dating apps on offer in 2018 and find yourself a date!