Understanding infidelity: why do people cheat? 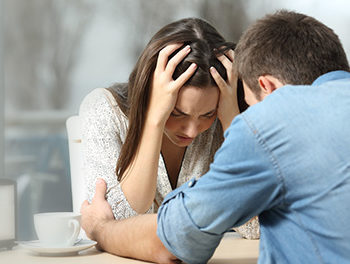 Be it passion fuelled liaisons with childhood sweethearts or the by-product of a boozy work party, one thing’s for certain; infidelity is much more commonplace than we sometimes choose to believe. With higher estimates suggesting a staggering 75%¹ of marriages have incurred some sort of underhand activity, it begs the question: why do people cheat?

From pop-scientific postulates to bona fide psychological hypotheses, there’s an overwhelming smorgasbord of explanations on offer as to why both men and women consistently decide to ditch monogamy and play away from home. Yet whichever account you favour, it’s patently obvious that infidelity is never a clear-cut affair. After a careful review of the more widely held theories, it’s perhaps timely to reconsider the way in which we perceive the ‘ultimate betrayal’.

Wandering astray – what is cheating?

As noted in the preamble, there’s no such thing as black and white infidelity. When someone cheats on their spouse or lover, there’s likely a multitude of unique and complex variables that have caused that person to seek satisfaction elsewhere.

Injecting an extra layer of complexity into the mix is the matter of definition. More to the point, exactly what is cheating and how is it classed? This is a conundrum that prompts a myriad of responses that are as varied as the reasons why someone might begin an affair.

Above all, it’s fairly agreed that any sort of sexual activity outside the boundaries of a relationship is the most blatant form of cheating. Nevertheless, infidelity doesn’t have to be consummated by carnal acts; it can also be an intimate emotional bond with a third party. In fact this latter form of cheating is quite possibly far more widespread than that of the physical ilk.

READ MORE: How to move on after going through a divorce

Hormonal lotharios – why do men cheat?

Suffice it to say, the adulterous man is a renowned villain in our collective imagery. From the ‘staying late at the office’ routine to the mistress-only email account, men folk have done a sterling job of becoming the poster boys of infidelity, and creating an uncomfortable rep for themselves.

It’s not wholly unfounded either – you just need to look at the news for reams of evidence. From Bill Clinton to Tiger Woods (and a fair few in-between), hundreds of famous male figures have had their images muddied for engaging in high-profile and well documented flings.

And what’s more, normal blokes are at it as well. One source recently revealed that an astounding 57% of men admitted to being unfaithful in a relationship over the course of their lives. But why do men cheat so prolifically?

Testosterone is the short answer. Yes, men are biochemically predisposed to be promiscuous. As well as beards and a buff musculature, said androgen is directly responsible for a man’s appetite for risk, aggression and most importantly, sex.

Crucially, testosterone suppresses two other significant hormones called oxyctocin (aka the ‘love hormone’) and arginine vasopressin, both of which play an important role in forging attachment between mates. It would appear that man’s Darwinian urge to procreate with multiple partners obviously doesn’t juxtapose with current ideas about monogamy.

READ MORE: Get the lowdon on how to move on after a break-up

Without discrediting the canons of science, you could be forgiven for thinking that endocrinologists are effectively printing men a free pass to philander. Also, it’s alarming that the biological reductionism that pervades this line of reasoning detracts from the fact that many men may cheat due to psychosocial and, dare we say it, emotional pressures.

Before proposing an alternative, let’s explore the leading views on what make women want to cheat.

Desperate housewives – why do women cheat?

So if men are spurned towards infidelity by a rampant cocktail of hormones careering through their veins, what’s happening to women when they decide to stray? According to several relationship experts, it’s much more about dissatisfaction and neglect than anything else.

When a woman is unfaithful she’s trying to fill an emotional chasm, or so the story goes. Years spent diligently battling on in a sexless, uncommunicative and generally ersatz relationship are the usual precursors that end up driving innumerable wives and girlfriends into the arms of a more attentive man.

However, and akin to men’s chromosomal proneness to spreading their seed, reckoning that women instigate affairs primarily on the grounds that there’s an insoluble lack in their partnership is contentious too. Not only is it an argument that’s imbued with normative ideas about gender, it also doesn’t quite stack up when you take a snapshot of 21st century woman.

Compared to 50 years ago, women today have far more authorship over their lives, particularly when it comes to choosing a career and a partner. Granted, women still play second fiddle to their male counterparts in many societal strata, wage inequality being a case in point.

Nonetheless, women are now much freer to express themselves sexually. It’s no longer de rigueur for a woman to button up and tend to the kids; instead she’s allowed to enjoy a pleasurable sex life with whomever she wants.

This is not to say that female infidelity is a revolt against being browbeaten for decades. Moreover it’s a call to accept that women value sex just as much as men do, and their grounds for cheating may have as much as physical basis as it supposedly does for the opposite sex.

If it’s truly in a man’s nature to sleep about then why do so many men stay faithful? Why are we so quick to blame evolution for men’s inability to stay true to his partner? Conversely, why do we over emphasise a woman’s emotionality when she’s untrue?

These are just a handful of the thorny issues we need to wrangle with when discussing infidelity. And to stress again, there’s no one-size-fits-all panacea to be found.

It may well be that the best way forward is to reconsider infidelity in a more nuanced way. Grappling with the underlying individual motives as to why people cheat could be a more fruitful enterprise than whimsically conjuring up hormones and temperaments!

Belgian psychotherapist Esther Perel is someone who shares this angle. “Affairs are an act of betrayal,” the therapist said during a TED Talk last summer, “but they are also an expression of longing.” For Perel we long for something that’s missing within ourselves, we cheat to satisfy “a yearning for an emotional connection, for novelty, for freedom, for autonomy, for sexual intensity, a wish to recapture lost parts of ourselves”.

Only by looking at the personal minutiae and how relationships (and infidelity) give us a sense of selfhood can we set about reconfiguring some of the more rigid opinions. “I look at affairs from a dual perspective,” adds Perel, “hurt on one side, growth and self-discovery on the other, what it did to you and what it meant for me.”

It is the latter component of Perel’s sentence that’s essential here; if a person, regardless of their sex, uncovers what’s lacking within themselves or their relationship and sets about to fix it, then infidelity can, in a warped way, be a generative experience and possibly lead to a stronger bond. We’re not condoning it though!

EliteSingles » EliteSingles Magazine » From Single to Couple » Understanding infidelity: why do people cheat?