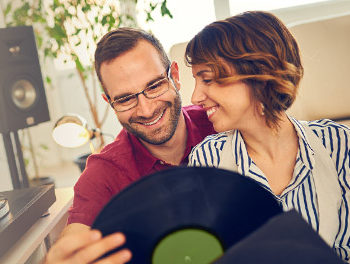 As Australia gets set to celebrate UNESCO’s International Jazz Day at the end of April, EliteSingles’ dedicated research team decided to ‘Take Five’ and get familiar with the country’s musical tastes. On the back of surveying over 500 Aussie singles registered with our dating site, many of whom are fully fledged music lovers, here are the good vibrations emanating from the ‘land down under’.

Australia’s madly in love with music

It’s official; Australia is a nation of music lovers! EliteSingles’ most recent study found that a convincing 96% of respondents agreed that listening to music with a partner is a great way to crank up the romance. What’s more, 76% of respondents said that being knowledgeable about music was an attractive quality for a prospective partner to possess. According to the study, one in three Aussie singles have a passionate interest in music, whilst over half revealed they listened to music multiple times a day.

Additionally, 68% of Aussie singles said it’s a prerequisite for a partner to be interested in music, with over half stressing the importance of sharing a similar taste (30% even suggested they’d be put off someone if their tastes weren’t in tune!). When it comes to genres, rock and roll hit the highest note with 23% of those surveyed saying it’s their go-to sound. Pop landed second place with 19% of the vote whilst folk fans represented Australia’s third favourite genre with 13%.

Getting that gig and festival fever

As well as asking our respondents to reveal their favourite genres, we also wanted to gauge people’s attitudes towards live music and dating. According to our study, two thirds of Aussie singles think that going to a concert is a great first date idea. Of the music lovers who voted in favour of gigging, the majority (27%) said that a rock concert would be just the ticket. For those not partial to rocking out, pop concerts came in second place (17%), whilst smartening up and enjoying a classical performance took third spot (14%).

Festivals were another topic we were eager to explore. The majority of Aussie singles, 58% to be precise, said that camping at a music festival would be an experience they’d enjoy sharing with their partner. Nevertheless, it appears that Aussie blokes were more partial to the idea than their female counterparts; roughly two thirds of men were eager to pitch their tent and dive straight into the crowd, compared to just under half of Aussie women.

READ MORE: 25 songs to listen to when you’re missing someone

Crooners take note! Believe it or not, 79% of the people we surveyed said they’d find it romantic if their partner sang to them (though the remaining fifth said it would end in sheer embarrassment). Interestingly, a quarter of men said they’d willingly learn how to play an instrument in order to impress a partner. Only 16% of Aussie women felt similarly.

If you’re going to master an instrument, which one should you choose? To that end, there must be millions of adolescents who’ve picked up a badly-strung guitar with the hope of one day enjoying the trappings of a Keith Richards lifestyle. Though this is thought to be a cliché, it turns out those steadfast strummers get the last laugh. According to our survey 46% of Aussies think the guitar is the most attractive instrument for someone to play. Drummers may want to ditch their sticks if their percussive pursuit is solely for the sake of picking up partners; 28% put down drums when asked to divulge their least attractive instrument.

READ MORE: Not musical? How about inking a love-letter!

Lastly, we asked our respondents to list their favourite musical heartthrobs. Topping the male charts in emphatic style is the one and only Bruce Springsteen, with 36% of Aussies singles admitting that The Boss’ heartland rock and swarthy looks send them swooning. Second place went to British legend David Bowie, with the illustrious rocker bagging 22% of the vote. Third spot (19%) went to former INXS frontman Michael Hutchence, proving that the late Sydneysider still mystifies fans countrywide.

The verdict on the country’s most favoured female acts was a much closer call, though it turned out to be another rock megastar who clinched pole position. Often regarded as the ‘Queen of Rock and Roll,’ Fleetwood Mac’s Stevie Nicks proved she still features in the Dreams of Aussie singles as she scored 26% of the vote. US R&B sensation Jennifer Lopez came in second with a score of 22%, whilst Aussie singer-songwriter Natalie Imbruglia nabbed third with 18% of the vote.

So there you have it! Whether you’re considering dusting off that old guitar, penning a ballad to say ‘I love you’, or brushing up on your musical knowledge, one thing’s for certain; Australia is full of singles who can rightly call themselves bona fide music lovers!